Anatomy of a Bear Market 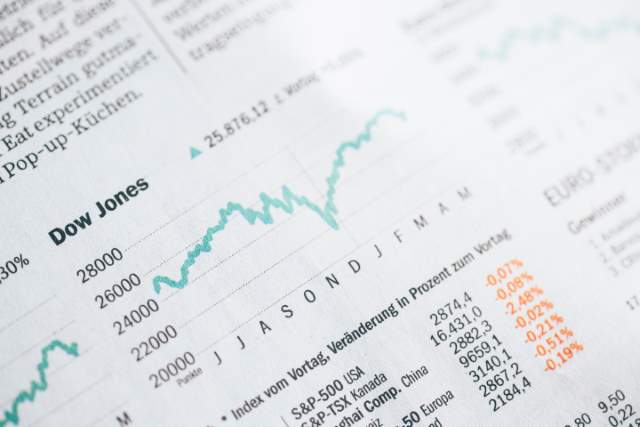 Since the highs on February 19th the US stock market has proceeded to drop faster than any other period since the great depression, proceeding to shed about 32% in a little over a month. This has put most major equity investments into what we would consider a bear market. What exactly is a bear market?

“A bear markets occur when prices in a market decline by more than 20%, often accompanied by negative investor sentiment and declining economic prospects.”

By all accounts this one checks all the boxes. The problem with steep market declines is that they are all quite a bit different. Some start in mortgages and real estate while others begin in overheated individual sectors like the Dot Com crash in technology stocks the early 2000s. Predicting when they will be over, especially at the beginning, may be a fool’s errand, but that shouldn’t stop us from understanding what they are made up of.

Bear markets are often characterized by four major phases. These were highlighted by John Rekenthaler, a contributor to Morningstar.com, in a piece written late last week. We thought it might be helpful to review them, with some additional context, to better understand the situation.

The first phase is recognition. This seems obvious at first but the number of 10% drops that become quickly forgotten in a rapidly increasing bull market are too many to count. A majority of the time the market rebounds and keeps moving forward despite a dozen new articles calling it the beginning of the end. Every decade or so the pessimists are vindicated, and the markets continue to fall. Because of this trend it takes awhile for everyone to acknowledge that this time might be different, and the market won’t just bounce right back. Strangely enough a well-diversified portfolio makes this first phase longer because it softens the drop.

The second phase is associated with panic. This is where the irresistible urge to “do something” kicks in. For some that means a desire to sell everything and wait. For others it is a time to go all in. The voices promoting both get louder and louder. You’ll hear stories from friends and family, whom you’ve never talked to about investments before, offer up that they moved their 401(k) to cash or bought a bunch of stock in a company they are certain is going to the moon. Everyone is reassuring themselves that they “did something”. Some will come out ahead and some will not, but it is hard to go against this urge. Our current panic that we are in is even more acute because you can’t go about your normal routine and ignore it. Having an investment plan in place helps.

The third phase begins the stabilization of the markets, although this is only obvious in hindsight. The third phase in marked with starts and stops, jumps and drops, hope and fear. The market will move up and down each day still looking chaotic, but when you start to zoom out to see weeks or months you notice there wasn’t much change. This phase is highly variable depending on the cause. In a U-shaped bear market this phase lasts a long time, bouncing along the bottom, before things turn up. In a V-shaped recovery the stabilization phase is short, and the recovery is swift. While a U-shaped recovery favors those trying to buy in at the bottom, the V-shaped recovery is their worst nightmare. Having just witnessed five of the top twenty largest single day swings in the history of the S&P 500, days not months, would decide if you win or lose.

The fourth and final phase is the anticipation of better things to come. The economy doesn’t have to BE better, people just need to believe it will be. For example, the stock market turned higher in March of 2009, yet we still had negative GDP growth the first quarter AND the quarter after that (Gross Domestic Product is a measure of the growth of our economy). If you were waiting for a clear signal, like decreasing unemployment claims, to start investing again you would have been way off the bottom too. Monthly unemployment was at 5.1% in March of 2008, 8.3% in March 2009 (stock market bottom), and 9.9% in March 2010. To recap, the market turned around from its low point while we were in the middle of decreasing economic growth and rapidly rising unemployment. The stock market was a leading indicator that the economy was stabilizing after economic stimulus program began to take effect.

What phase are we in?

I think it is safe to assume we are passed the recognition phase. I don’t think anyone looked at their 401(k) balance and didn’t know what has happened. The 24-hour news cycle helps with the panic phase, probably accelerating it more than anything since that is what grabs people’s attention.

Have we reached the stabilization phase yet?

Investment firm Brinker capital created a bear market bottom checklist of items they look for during this stabilization phase. We never have all of them, and these aren’t useful for market timing, but as we check off the list the odds begin to be more favorable.

So far we have checked off half of these. A slowing in the progression of the Coronavirus and a comprehensive government policy response are major wild cards. We believe we will need to see both before we can move into the fourth phase.

Thankfully a relief bill has passed the Senate and could be put in place yet this week. The depth and speed of implementation of various provisions in the bill will ultimately prove its effectiveness.

Overall, we remain hopeful. Not because we are sure the worst is behind us, but because the country is putting pieces in place to handle whatever comes next.