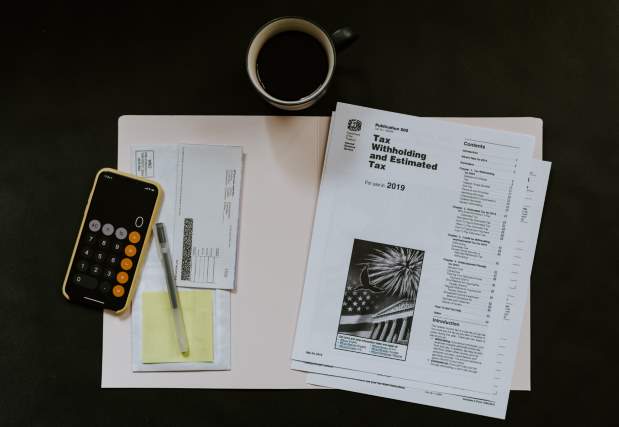 Every year as tax season approaches one IRS form seems to cause more confusion than any other. The dreaded 1099. A 1099 is a record that a person or business (other than your employer) gave or paid you money. One copy recording the gift or payment is sent to you and the other to the IRS. That doesn’t sound so bad right?

What makes the 1099 so problematic is there are many different versions (around 21 last time we counted). Each one is unique and tells the IRS something different about your financial picture from the previous year.

Collecting them is another challenge since you could get the same version of a 1099 from multiple places you do business with. Those who like to file their taxes early are left spinning their wheels since they usually don’t arrive at the same time and many come weeks after the start of the new year. Legally most are required to be mailed out by January 31st, but standard mailing practices mean you may not receive them from some institutions until as late as mid-February.

There is a silver lining in all this. First, most taxpayers will only receive a handful of different 1099s over their lifetime. Second, modern technology now allows you to download a majority of your 1099s directly from the company faster than you would receive them by mail (of course you must know whose website to check first). Since this is the time of year when you may have begun to see them show up in your mailbox, we wanted to highlight the ten most common ones.

1099-C
A 1099 C is issued if a lender forgives your debt or settles for less than what was owed. This could be counted as taxable income to you as is often the case from credit card debt settlements or student loan forgiveness programs.

1099-DIV
A 1099-DIV is issued to any investor who received a distribution from any type of investment during the prior year. You most likely received one of these if you held investments in a taxable brokerage account. The 1099-DIV has categories for Ordinary Dividends, Qualified Dividends, Capital Gains, Foreign Tax paid and more.

1099-G
A 1099-G is issued if you received money from the local, state, or federal government. This could come from a tax refund or because you were on unemployment during the previous tax year.

1099-INT
A 1099-INT may be the most common of all the 1099s. It is issued if you earned interest from a bank or other financial institution in an amount over $10. Think of your savings account as a prime example, although persistently low interest rates have reduced the number of 1099-INTs going out.

1099-MISC
Consider this the junk drawer of 1099s. The 1099-MISC is really just a place for income that doesn’t neatly fit into one of the other categories (maybe someone got tired after 1099 number 20). Here are a few scenarios where you might receive a 1099-MISC: You sold consumer products worth more than $5,000 someplace other than a retail establishment. You were paid more than $600 for prize money or awards from a game show, for rent, or services you provided to a company other than your employer (like freelance work). You received more than $10 in royalties.

1099-NEC
The 1099-NEC is a new one that will be issued starting in 2020 (you won’t receive this one until early 2021). This will now be the 1099 for freelancers and independent contractors. Starting in 2020 any income you receive for doing work for an entity, other than your employer, will be reported on IRS form 1099-NEC. There are also instances where Nonqualified Deferred Compensation (NQDC) could be listed on form 1099-NEC as well.

1099-Q
A 1099-Q is issued when money is received from a Qualified Education Program, like a 529 Plan. Hopefully your 529 plan distribution was for qualified education expenses and not subject to tax. In that case your 1099-Q is just for your own record keeping.

1099-R
The 1099-R is big in retirement. You might be issued one of these if you received distributions from a pension, retirement plan, profit sharing program, IRA, or annuity. Just because you received a 1099-R doesn’t mean it will be counted as taxable income though. You could receive one documenting a rollover you completed from a 401(k) to an IRA. In those instances, the amount rolled over would be listed as the gross distribution, but the taxable amount reported would be $0. Mistakes do happen so this is a good one to double check just in case.

1099-S
A 1099-S is used to report the proceeds from the sale of exchange of real estate. The gain realized from the sale of a home could be excluded for tax purposes, depending on an individual’s tax circumstances, so this is another 1099 to watch carefully to determine the financial consequences.

1099-SA
The 1099-SA is used to report distributions made from a Health Savings Account (HSA), Archer Medical Savings Account, or a Medicare Advantage Medical Savings Account. It doesn’t matter if the payment goes to you or directly to a medical service provider as it is all recorded here. The 1099-SA is become more common with the rise in high deductible health insurance plans that are HSA eligible. Like the 1099-Q, if you are using the distribution for a qualified expense this form is just for your own record keeping.

Tracking where your 1099s come from is a useful practice that can save you lots of time and stress around tax season. Start by making a list of anywhere you bank or have investments held. They will probably owe you a 1099-DIV or 1099-INT. Then think about other money you have saved and if you took a distribution (1099-Q for 529 plans, 1099-SA for HSA plans, and 1099-R for retirement accounts). If you are in retirement and taking your Required Minimum Distributions (RMD) know to expect a 1099-R every year. Finally try to remember if you had an influx of cash from any irregular sources. Perhaps you won some prize money, sold your home, or did some extra work on the side and were paid for it. All of those would generate a 1099 for you.

If you haven’t received a 1099 you were expecting by mid-February reach out to the company, government, or financial institution to find out why. Companies make mistakes, mail gets lost, and sometimes we even throw away papers by accident. It is better to know for sure that you have nothing additional to report on your taxes than to report what you received and hope it was everything. Collecting and interpreting 1099s can be a pain, but with a little knowledge and a game plan they can easily be managed.