How Protected are Your Retirement Accounts? 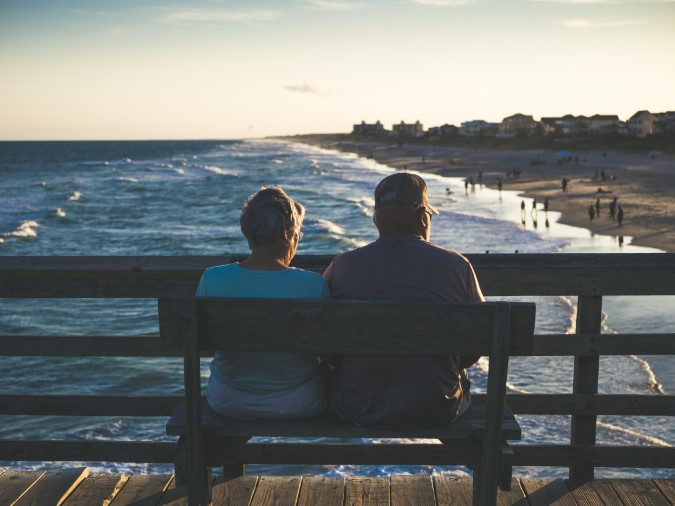 Retirement accounts have many benefits. We are often discussing the tax advantages of contributing to pre-tax retirement accounts or taking tax-free distributions from Roth accounts. They provide a great way for the average investor to save and grow their money more efficiently. However, there is one benefit that, while not often called upon, can turn out to be the biggest of all. That benefit is creditor protection.

Just as there are a dozen different types of retirement accounts, the type of creditor protection you receive depends on where your money is currently being held, or where it originally came from. In addition, both federal and state law are important, as is whether you are dealing with a bankruptcy or a general creditor. A review of the various rules is helpful to understand how safe your retirement funds are should you become subject to traumatic financial events like bankruptcy or a lawsuit.

The 401(k) plan falls under the protection of ERISA guidelines (Employee Retirement Income Security Act of 1974), which give it the highest level of protection around according to the Bankruptcy Abuse Prevention and Consumer Protection Act of 2005 (BAPCPA). Although less common, many 403(b) and governmental 457(b) plans are also covered by ERISA and have the same status. These accounts are protected from both bankruptcy as well as general creditors that may arise from lawsuits. This is especially important for business owners or employees who work in fields prone to this type of risk such as doctors, attorneys, and construction related contractors.

One exception is Solo 401(k) plans implemented by owner only companies (typically solo owners, spouses, or partnerships). These are not ERISA plans, and have a hybrid protection status. That means their general creditor protections would be determined by each state instead of the federal level, however they still have full bankruptcy protection under the Bankruptcy Code. This is also the case for other non-ERISA plans business owners frequently choose from such as SEP and SIMPLE IRAs. We feel that for small businesses more concerned with stability and growth than lawsuits, Solo 401(k)s are still a great tool to protect and grow savings. In addition, it is easy to transition to an ERISA protected 401(k) as the business grows.

The few weaknesses in 401(k) protections would be in the event of a divorce, owing back taxes and other federal obligations, or being behind on child support or alimony. Even in these instances there are restrictions on what the government can do if you can’t access your retirement account without penalty (such as under the age of 59 ½). Generally, for anyone who thinks bankruptcy or lawsuits are a real threat to them ERISA protected retirement plans, such as 401(k)s, are the safest around.

How are IRAs protected?

BAPCPA also provides protection to IRAs, but this varies by type and how the funds were received into the account. Traditional IRA and Roth IRA contributions and earning were protected from bankruptcy (not general creditors) for amounts up to $1,000,000, adjusted for inflation every three years, under BAPCPA. The total amount excluded in 2020 is roughly $1,362,800.

What about rollovers from other plans like 401(k)s? They are excluded from this limit as rollover IRA funds maintain full bankruptcy protection on their own, they just lose their general creditor protections they enjoyed while in the 401(k) plan. Here is an example of this laid out by IRA expert Ed Slott:

“Dr. Kapp changed employers and is deciding what to do with his $400,000 401(k) plan. His profession exposes him to malpractice lawsuits. If Dr. Kapp rolls the assets from his work plan to an IRA, the $400,000 will be fully protected in bankruptcy. However, he will be limited to the general creditor (non-bankruptcy) protections offered under state law. Instead, Dr. Kapp elects to roll his former plan assets into the 401(k) plan offered by his new employer. That way, he ensures the $400,000 will retain 100% ERISA protection from both bankruptcy claims and any malpractice judgments against him.”

Protections for IRAs from general creditors is determined at the state level, which can, and do, vary tremendously. Over half of US states today have put in specific circumstances where protections could be lost and that can be changed over time. While that can sound scary, some states have extended the same protections afforded to ERISA covered plans to IRAs. Overall, it isn’t all bad but interpreting the nuances of state law for a specific creditor situation highlights the value many bankruptcy attorneys bring to the table.

Inherited IRAs do not have protections at the federal level under BAPCPA. At the state level, when it is not specifically addressed by law, beneficiary IRA protections are less clear. Some bankruptcy courts have decided non-spousal inherited IRAs were still retirement funds and no distinction should be made as to who contributed to the account (In re: Nessa, 426 B.R. 312 (B.A.P. 8th Cir. 2010)). Others found they were fundamentally different because they lacked a retirement specific purpose and were a liquid asset without restrictions (In re: Sims, 241 B.R. 467, 470 (Bankr. N.D. Okla. 1999)). Despite these conflicts the general view most often represented is not to assume a non-spousal inherited IRA will receive the same protections as a traditional or Roth IRA.

Should you consider an LLC inside your IRA?

These is another level of protection for IRAs that can come into play with the typical use of self-directed IRA accounts. Self-directed IRAs are still IRAs, but they are often used to purchase non-traditional investments such as physical real estate and ownership in individual, non-publicly traded, companies. One overlooked danger with these types of transactions is that a lawsuit against an investment within the IRA can put the entire IRA at risk. An IRA may be protected from claims against the account holder, but the account holder may not be protected from claims against the IRA. Another example from IRA expert Ed Slott:

“Blake owns a self-directed IRA worth $500,000 that invests entirely in a local jet ski rental and watersports company. He did not use an LLC within the IRA to acquire the rental business. Blake has other personal assets worth $1.5 million. Last summer, a jet ski renter had an accident and suffered a
catastrophic injury. After almost a year of litigation, the renter won a $2 million judgment against the
IRA. All of Blake’s IRA assets could be reached because the claim arose from activities of the IRA
investment. His personal assets could also be at risk. If Blake’s IRA had been invested in an LLC that subsequently purchased the watersports company within the IRA, the LLC structure would have protected both the IRA assets and Blake’s personal assets against the $2 million judgment.”

In these cases, the use of an LLC within the IRA could provide additional protection to the IRA, as well as personal assets of the owner. Custodians for self-directed IRAs typically disclaim most duties to investors and have no responsibility to explain the legal risks these types of investments may open an investor up to.

One final related risk is created if the owner (or beneficiary) of an individual retirement account engages in any transaction that is prohibited under IRC §4975. These prohibited transactions (like living in a house owned by your IRA) cause the IRA to cease to be an IRA as of the first day of the taxable year in which the transaction occurs. This would remove all the previously mentioned protections from the assets held in the IRA. Anyone who is subject to bankruptcy proceedings with a substantial IRA balance may be required to show extensive records and transaction history in an attempt by the creditor to make those assets available.

IRA owners who hold traditional investments (stocks, bonds, ETFs, & mutual funds) rarely need to worry about using an LLC or prohibited transactions, but bankruptcy and general creditor concerns are more universal. Even though the likelihood of being needed may be low, protecting our assets when the result could be significant is always something to consider.