In it for the Long Haul 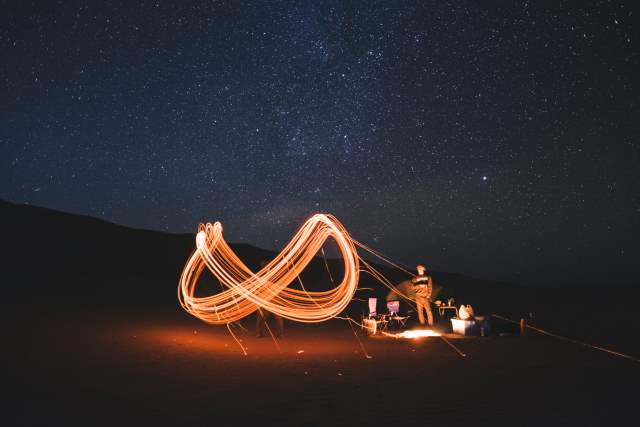 When you think about your future, how far do you venture?  One year, five years, twenty years?  In financial planning and investing we are always encouraging people to think long term.  Life is a marathon, not a sprint.  You’re in it for the long haul, so act accordingly.  You get the picture.  A question that recently came up is, what do you consider to be long-term.  It was quickly followed by, does how you frame long-term really matter.

Does thinking about your financial future long-term matter?

Former Notre Dame Football coach Lou Holtz once said “One reason I won’t compromise is because I believe honesty helps you win over the long haul.  You can win a game tomorrow and lose a team.  You can lose a game tomorrow and win a football team.”  Other important areas of our life including relationships, careers, and happiness can be improved by thinking about the long-term effects, instead of the short-term result.  We thought the same could be true of personal finance, so we dove into the research and here is what we found.

Behavioral Economist and Morningstar contributor Dr. Sarah Newcomb produced a report last year titled “When More Is Less: Rethinking Financial Health”.  In the section called “Time Is Money” she concluded that the longer a person’s financial time horizon is, the better they were at cash management, debt-reduction, and savings behaviors

“We found that a person’s perspective on time was far more influential than income, age, education, or gender when it came personal finances.”

Another article that exemplifies the overpowering influence of long term thinking appeared in a 2017 edition of the Harvard Business Review.  Research from the McKinsey Global Institute found that “companies that operate with a true long-term mindset have consistently outperformed their industry peers since 2001 across almost every financial measure that matters”.  If highly experienced, highly educated, CEOs running multi-billion-dollar companies can’t overcome the risk of short-term thinking, it is probably a powerful force worth considering.

How much does long-term thinking improve your financial future?

Jumping back into Dr. Newcomb’s report provides some interesting answers.  By comparing people with a time horizon of less than a year to those that had a mental time horizon of their whole life they found the long-term thinkers had saved on average 20 times more.  Even looking ahead a few years showed a fourfold average increase in savings.

The positive results carried over to other areas as well.  Longer mental time horizons were correlated to tracking spending, paying bills on time, and carrying low or no balance on credit cards. Intuitively this makes a lot of sense.  The better you are at seeing and understanding the long-term impacts of things, like compound interest, the more favorable you will view saving and the more apprehensive you will be about debt.

How can we get better at viewing our finances in the long term?

It won’t be easy.  An NPR episode featuring Harvard Psychology Professor Daniel Gilbert (hat tip to the blog, The Simple Dollar, and author Trent Hamm) describes how evolution built us to favor the short term.

“Human beings are very good at getting out of the way of a speeding baseball. Godzilla comes running down the street, we know to run the other way. We’re very good at clear and present danger, like every mammal is. That’s why we’ve survived as long as we have.  But we’ve learned a new trick in the last couple of million years – at least we’ve kind of learned it. Our brains, unlike the brains of almost every other species, are prepared to treat the future as if it were the present. We can look ahead to our retirements or to a dental appointment, and we can take action today to save for retirement or to floss so that we don’t get bad news six months down the line. But we’re just learning this trick. It’s really a very new adaptation in the animal kingdom and we don’t do it all that well. We don’t respond to long-term threats with nearly as much vigor and venom as we do to clear and present dangers.”

One exercise that Dr. Newcomb suggests is writing down all our financial goals from short term to long term.  Usually there is a point where the goals go from specific to general.  For example, we might describe using the extra $100 per week from our raise to fully pay off our car loan by next April.  Then we use those dollars to save $20,000 for a down payment on a 3-bedroom house in three years.  Finally, we will start saving more for retirement.  In this example the goals up to three years are clear and specific, while the goal linked to retirement is vague and harder to act on.  If you try this exercise with other goals as well (career, personal, health) you may start to see a pattern where your ability to really visualize the future breaks down.

People who can clearly see their financial lives farther in the future often associate with being “savers”.  Those who can’t report as being “spenders”.  In order to transition to a long-term saver’s mentality, we can start by purposely adding detail and specifics to our long-term financial goals.  This makes them more vivid in our mind and real to our present self.  Again, from Dr. Newcomb:

“In our research, we saw that the clarity of a person’s mental picture had a large impact on behavior—almost as much as time horizon. The combination of thinking further ahead and thinking with clarity, is a powerful mental trick to drive better savings behaviors. While it may seem simplistic, this one mental factor can affect thousands of tiny daily decisions, and it may be the difference between a timely, secure retirement and a delayed, precarious one.”

Be in it for the long haul!

When it comes to your personal finances, you must be in it for the long haul.  That means having clearly defined, long-term financial goals.  Make them vivid.  Make them specific.  Make them personal.  It lets you see the forest for the trees and stress less on a daily basis.

Automate everything you can.  Technology is changing the speed and ease at which we can implement our long-term goals.  You don’t have to remember to make a monthly Roth IRA contribution for the next ten years (120 chances for a mistake).  Instead you can set up an ACH draft from your account to happen automatically.  There are only 168 hours in a week.  Spend as few as possible doing repetitive tasks that support your goals.