Managing Money as we Age 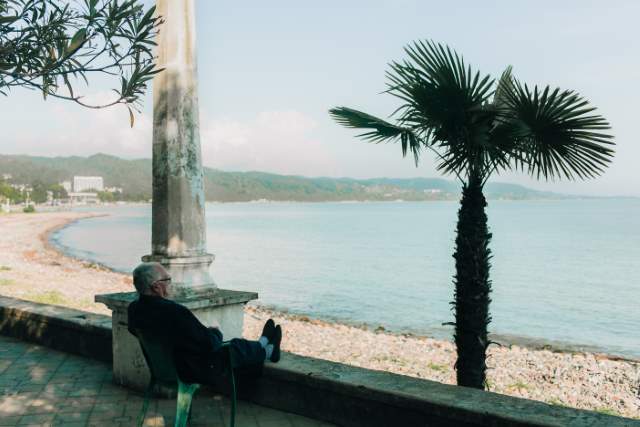 We work hard.  We save diligently.  We take time to educate ourselves about investments, mortgages, insurance, and more.  Then we retire.  We’ve weathered the ups and downs of our own investment accounts, signed up for Medicare, and navigated multiple mortgages or refinances throughout our life.  As the average person approaches or enters retirement, they usually feel more informed and financially confident than at any point in their life.  After all, life is the mother of all teachers and our own financial experiences are invaluable to how we view and interact with our personal finances.  Unfortunately, there is a competing view that challenges this hard-earned confidence.  As we age it might be harder, not easier, to make sound financial decisions.

How is financial literacy affected by aging?

A large amount of convincing evidence was summarized in a 2017 research paper titled “Old Age and the Decline in Financial Literacy” by Michael Finke, John Howe, and Sandra Huston.  The results were widespread and presented a predictable linear decline.  The affects also manifest themselves in a wide range of areas.  Here are a few examples of the results, or other research cited in the paper:

There is some debate about the cause of these results as we age.  This research suggests it may be due to a decrease in fluid and crystallized intelligence that occurs naturally as we age.  Regardless we can expect a decline in financial literacy of about 1% per year after age 60.

Who experiences the greatest decline in financial literacy with age?

Now we know what you might be thinking.  That is the average person with a decline in financial literacy as they age.  You aren’t the average bear, right?  Bad news…  The same decline was seen across gender, educational level, and even those who already own and manage their own stocks.  You know what didn’t decline?  Confidence.  Perhaps the scariest part of the entire research study was the fact that confidence stayed equal or greater after age 60 while our ability clearly declined.  Can you think of a worse combination? 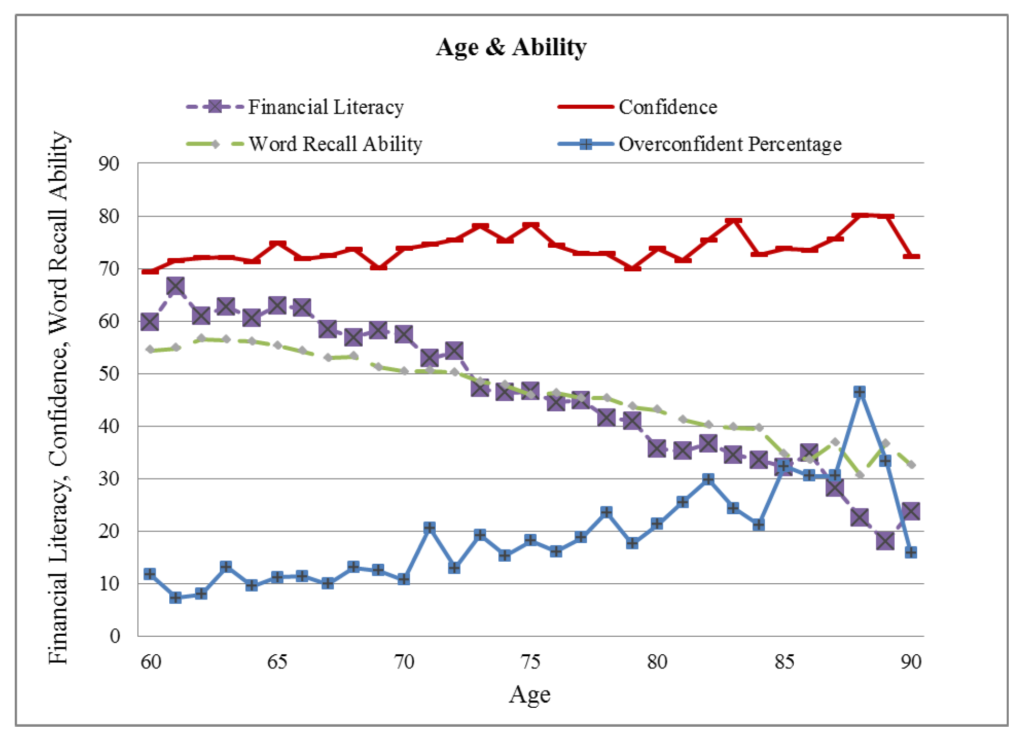 One of the paper’s authors, Michael Finke, described it like this: “This was originally one of the most surprising and alarming findings from the study. As we get older, our ability to answer basic financial questions that include knowledge, and the ability to apply that knowledge, gets worse. But we have no idea this is happening. It’s very similar to the research on driving skills. Since it happens so gradually, we’re not aware our abilities are getting worse over time.”

Is there any wonder why the National Council on Aging website says that financial scams targeting seniors have become so prevalent that they’re now considered “the crime of the 21st century”?  It is also no surprise that older adults are disproportionately marketed to for financial services and products, even by the legitimate banks, lenders, and insurance companies.  They have figured out you can still take advantage of someone without breaking the law.  If you make the fine print small enough, and the decision complicated enough, anyone with diminished financial decision making can potentially be a corporate profit center, much to their own detriment.

What can you do to stop the decline in financial literacy?

Most evidence tells us that staying physically active, socially connected, and mentally challenged is the best way to combat cognitive decline.  We have no doubt this can help, but as the saying goes “Father time is undefeated”.  Having a back-up plan to protect yourself or others you care about is equally important.

One way is to list a “Trusted Contact” for financial accounts.  This can be a family member or friend who can be contacted if an advisor suspects that someone might be a victim of elder financial abuse or suffering from a significant cognitive impairment.  You don’t give up control of your account in any way and it isn’t a roadblock to accessing or making changes to your account.  Think of it as a speed bump that allows the advisor to make a call to someone who knows you well to be sure everything is ok before it is too late.

Another is regularly talking through financial decisions with someone you trust who is younger than you.  Financial scams involving technology are often easy to spot by people who are “digital natives” and can tell when an email or website looks off.

Finally, stay informed about current trends in finance that personally effect you.  If you have a mortgage periodically check to see what current mortgage rates are.  If you own investments know the general direction they moved in the last 3-6 months.  Take time to ask questions about new financial products or terms you aren’t familiar with before you are put in a position to make a decision regarding one.  This doesn’t mean you need to refinance every time rates drop, and you certainly shouldn’t be making trades based on 3-6 month investment performance.  However, this can go a long way in keeping us safe from those that would do us financial harm, including ourselves.