Why We Have Inflation 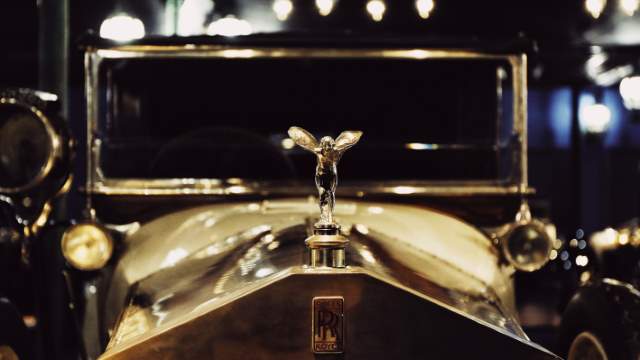 “Inflation is when you pay fifteen dollars for the ten-dollar haircut you used to get for five dollars when you had hair.” – Sam Ewing

The term inflation is thrown around a lot in conversations about the economy and how the cost of something today relates to its cost in past years. A more technical description might be phrased as a general increase in prices and fall in purchasing value of money, however most people prefer the simpler expression, “a dollar doesn’t buy what it used to”.

Generally over time the things we buy cost a bit more. Most adults notice this in things they buy on a regular basis. For example, when the Forever stamp was released in 2007 it cost $0.41. In 2020 it is $0.55, or an increase in about 34% over the last 13 years. While no one is losing any sleep over $0.14 cents, inflation rears its ugly head more dramatically for big ticket items like health insurance premiums, college tuition, and new homes. All of these have increased at a healthy rate over this same time frame.

Everything doesn’t automatically get more expensive over time. The most glaring example of this would be in consumer electronics, specifically televisions. We have found ourselves in a unique situation where we can buy a flatscreen TV of equal or greater quality year after year for less money. Manufacturers keep increasing the size and features available just to maintain the average selling price. Too bad this scenario doesn’t exist in more areas, right?

All these examples really lead us to the conclusion that gauging inflation is hard. There are several commonly accepted methods of doing so with the most common being the Consumer Price Index (CPI). CPI is cited by most news reports and is what adjustments to Social Security payments are based on. Yet upon further inspection there are two major shortcomings to this measure.

First, CPI is based on a fixed basket of goods of which certainly no one buys in the same equal proportion. WHAT we buy, and in what PROPORTIONS, changes from person to person and from year to year. No one is average so while you may not be feeling inflationary pressures your neighbor may.
Second, some items we buy increase in quality over time and others are created for the first time. How much of the price increase is due to inflation and how much is due to an increase in qualify? How has the number and type of items in the “basket of goods” grown over time? The Bureau of Labor Statistics is responsible for adjusting for improvements in the CPI, but it is often slow to react.

One final point is that while standard of living, longevity, and access to new technology is increasing, so is the average cost to get ahead. Searching for a new job without a cell phone, computer, and access to high speed internet makes this very clear. When adjusting for inflation, AND quality improvements, inflation metrics would tell you that a car costs the same today as it did twenty years ago. But you can’t buy a lower quality version of that same car today so how is that relevant? Car manufacturers are adding back up cameras, navigation systems, and fancy rims to base models. Hand crank windows just aren’t coming back so the relative cost of a car today, even adjusting for inflation, is higher than ever.

The forced upgrade cycle on cell phones is another example. You may love your iPhone 6, but it is just one or two software upgrades from being completely obsolete. Don’t want the new triple-camera, Ultra HD, 1,000 GB, 6 ½” screen, Bionic chip smartphone…that’s cool. The often mocked, super simple, stripped down Jitterbug phone marketed to seniors is still twice as good as cell phones in the early 2000s. Even if you wanted to, battling price increases is hard.

Several good ways to fight against inflation and its erosion of your spending power can be found through investing and negotiation.

First, make sure that money you are saving for the future (not your emergency fund or cash earmarked for near term spending) is invested in a way that has historically outpaced inflation. A traditional savings account or stuffing bills under the mattress won’t cut it. While past performance is no guarantee of future results, our view is that investing in stocks has historically been a good strategy to grow your wealth faster than the rate of inflation. Finding a good balance of investments (like stocks and bonds) that match your risk tolerance can help. Doing so in a tax advantaged account (like a 401(k) or IRA) can help even more.

Second, is to invest in yourself. If you can grow your wages faster than the rate of inflation, then you will overcome many of its negative consequences. Traditionally this has meant going back to school to pursue a college or post-graduate degree. While the long-term return on that investment is real, the short-term commitment and cost is too much for many people to absorb. Fortunately, in our increasingly knowledge-based economy, industry specific certifications can have an even larger career impact at a fraction of the cost. In addition, learning new skills to add to your employment toolbox can be had for free from videos, blogs, and various online sources.

Finally, understand what others with similar education and experience in your field are earning and negotiate your salary higher when appropriate. Salaried positions are likely to be increased incrementally from year to year to account for inflation. Negotiating for a higher starting salary in your first job, or when switching jobs, can have a tremendous magnifying affect, especially when you are earlier in your career.

It is true that investing and negotiating are not without risk. Either could result in a sudden unpleasant outcome, even if temporary. However, if left unchecked, inflation can cause an equal amount of economic uncertainly. Just because it is slow enough to spread its affect out over decades doesn’t make it any less problematic. Understanding what inflation is, how it is measured (including the problems with it), and how to counteract it is another piece in the financial puzzle we all must solve.